Concrete Windows Split and Fallen Away in NW1, Camden

Concrete Windows Split. The following is an example of our Building Response hazard and safety emergency call out inspections. We responded within 25 minutes of receiving the call to NW1, Camden, and were able to assess and determine the probable cause and likely progression of the collapse of a concrete windowsill (originally suspected to be a stone windowsill).

Following our investigation of your fallen stone window sill on the 17th of June 2011 in Camden we have determined the following:

It would be fair to assume that all of the window sills on this building are built like this. This does not however mean that they will all collapse. We believe the reason for the sill edge’s break away was directly related to the heavy rain that we have experienced of recent. However, not just this one downpour, but a continual battering for a lengthy period of time.

The image below shows several things of detriment to the integrity of the masonry work on the outside of the building. 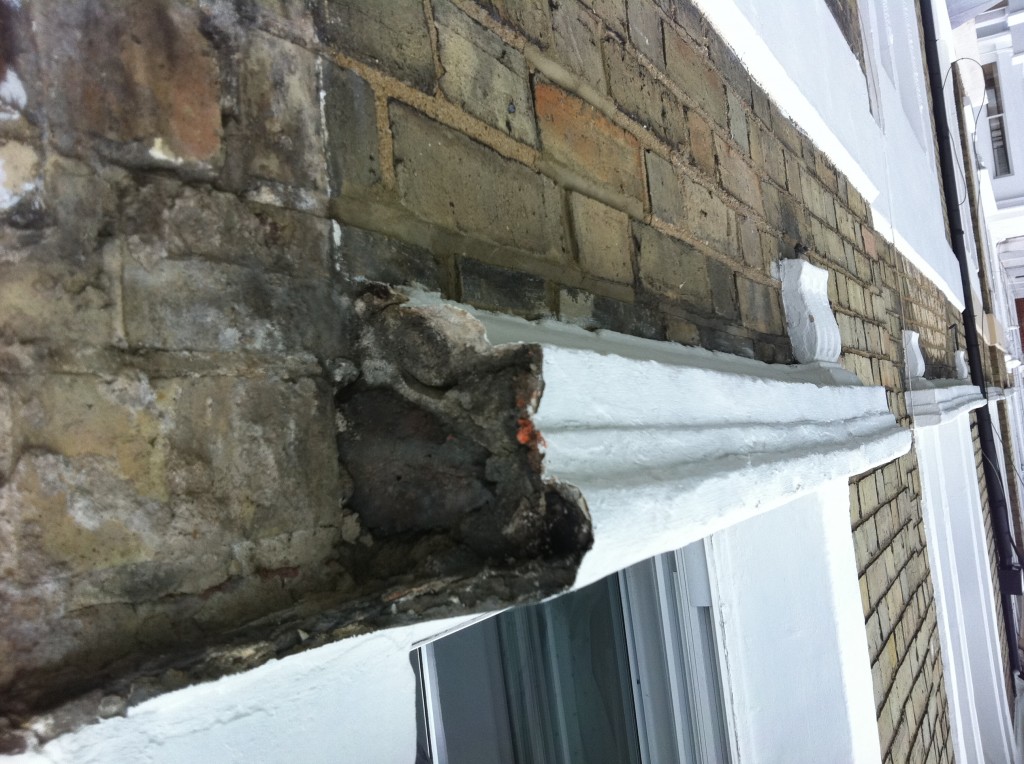 Although the center of the window sills are supported and appear to be safe from collapse, the corners on some of the window sills appear to have taken a beating by falling water. This could have been happening for many years, gradually weakening and damaging these areas. It is therefore recommended that the remedial works be carried out, and sooner rather than later.

Following analysis of the photographs, particularly from the outside of the property, these potential hazards have been identified. We would like to offer our services for the reparation works to the property. Such works are not uncommon and we have experience dealing with such repair and maintenance works. If you would like to contact us, we would be happy to re-attend the property to conduct further assessments of, and estimate for, the required remedial works to ensure that these hazards are thwarted, repaired, and fixed. Upon request, we can also supply all other photographs taken during the initial inspection.